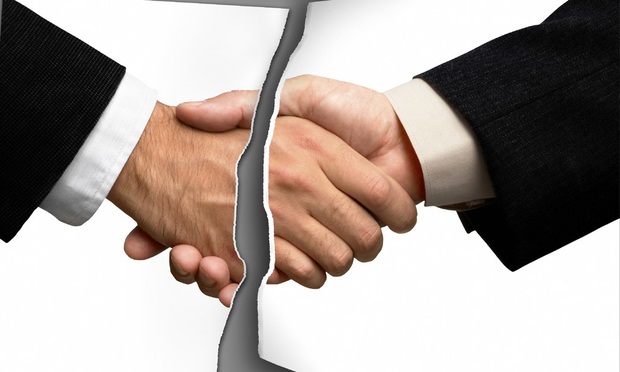 Mortgage defaults are increasing at an alarming rate. The delinquency rate for loans tied to commercial mortgage-backed securities jumped to 10.32 percent in June, which was an increase of 317 basis points over the May number.

“If the property owners who have the mortgages are unable to pay, it’s clear that investors in CMBS are going to suffer losses,” says Gayle Klein, a principal in McKool Smith’s New York office.

If these rents aren’t paid, servicers must deal with a series of questions, according to Klein. These questions start with whether they create a new forbearance or if they foreclose.

“Some of the tenants are seeking forbearance or seeking modifications, but the landlord has its financing and debt that it has to pay,” Klein says. “So the question is, where is the sweet spot of forbearance for the tenant, the landlord and the bank? That’s yet to be seen.”

In some cases, however, the landlord can’t evict. In residential real estate, eviction moratoriums may prevent evictions. In other sectors, the market is the problem.

“The most interesting thing that we’re seeing, and that we’ll see across all sectors, is landlords can’t just evict tenants for nonpayment with the hope that somebody else will be able to come in,” Klien says. “In many cases, no one else is going to come in and pay market for that same space.”

The questions don’t stop with forbearance or foreclosure. There are also concerns around what happens to the funds that are supposed to pay out to investors.

Investors in different tranches get paid based on the performance of the properties in a CMBS pool. Klein anticipates that investors could have issues with how funds are paid out under the waterfall, which is a particular section of a structured agreement that governs who has the right to payments.

“Generally, in a structured securitization, class A gets paid until they’re paid in full, and it trickles down to class B and then class C,” Klein says. “Losses are absorbed from the bottom up usually, but not always. Then the payments go from the top to the bottom.”

But CMBS is anything but simple. And that ambiguity is sure to lead to litigation as deals fail. “It’s going to be investors seeking the trustee to make decisions, or the trustees filing proceedings to get some guidance from the court about how to pay out the proceeds,” Klein says.

Klein says the litigation will solve questions about which investors will suffer and how much they’ll suffer.

“CMBS is tranched with waterfalls and different levels of risk,” Klein says. “Sometimes there’s cross-collateralization, and sometimes there’s not. These are very long and complex trust agreements that delineate rights for an unexpected situation. So I anticipate that there’s going to be some unanticipated ambiguities in the agreements.”

Here are the changing trends in the real estate market during the pandemic
Flipping Houses 101 with J Scott | BP Podcast 10
Covid-19 mortgage bailouts decline slightly, but a new foreclosure crisis could be brewing
Passive Income Ideas: 5 Ways When You Have No Money 2020
The Fed keeps rate steady. Here’s how that benefits short-term borrowers